After finding my vintage French egg basket lying about the garden in various locations, I decided it would be best to hang it near the nesting boxes built into the side of our chicken coop.  I needed quite a long hook for it to "look right." I was just sure I had some old plant hooks hidden away in the shed or basement for an occasion such as this but alas, they were not to be found. 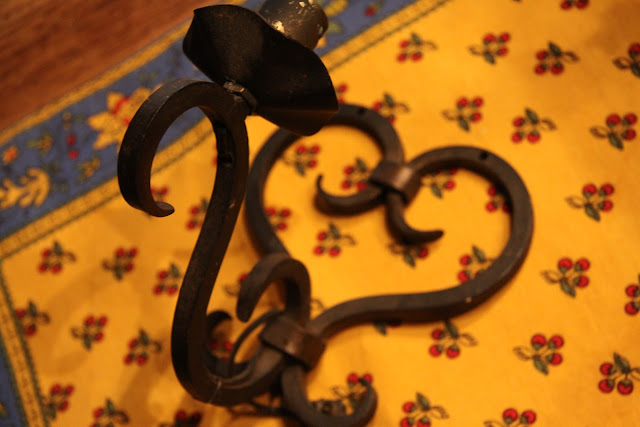 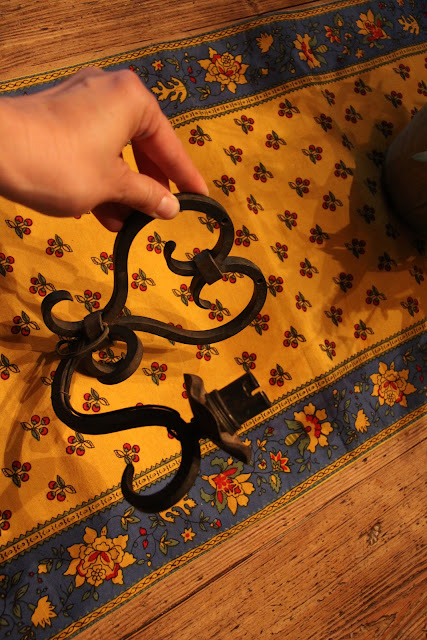 that it is just the right size and it looks like a hook.  If the wiring were gone, as well as the "thingy that the lightbulb screws into", well, it would BE a quite charming hook.  Don't you agree? 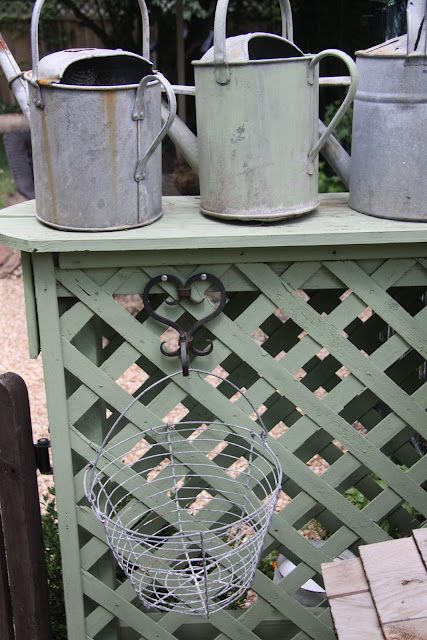 Don't really care for the big silver screws Michael used to mount it to the fence, but I will take that up with him later.

Removing the old wiring and the "thingy that the light bulb screws into" is just fine. You should ALWAYS rewire vintage lighting.  Kits for rewiring are inexpensive and easy to use, do not risk a fire.  Rewire!

And, if you buy a fixture from outside the US the "thingy that the light bulb screws into" will have to be replaced anyway.  So I have not harmed this fixture in the least by using it as a hook. ﻿

I have to tell you...in all my buying trips to the French countryside, I found and purchased many egg baskets but never, not even once, did it ever occur to me that I might use one for...gathering eggs! 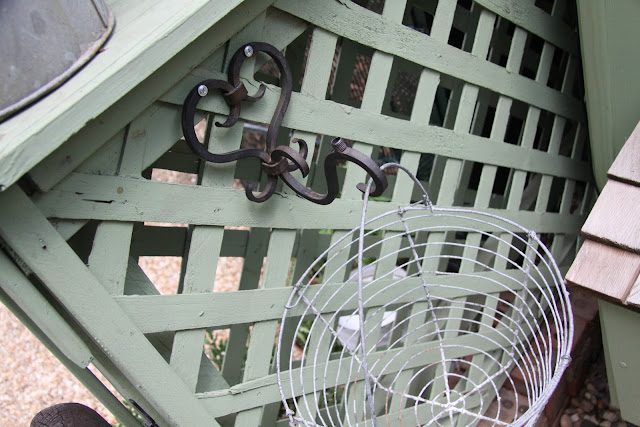 (I really can't stand those silver screws)....but here is my basket, hanging right by the nesting boxes.  Hens like to lay eggs in a bit of a secluded, cozy space but they will also share nests so we have two nesting boxes for six hens.  Actually, it's one box divided in two. 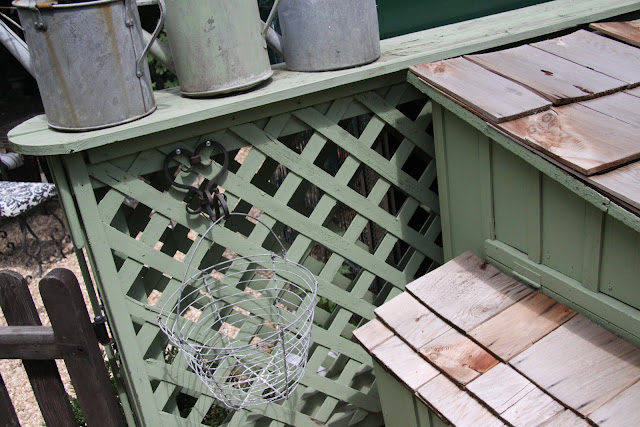 Just an hour or so after it was hung, the phone rang.

It was my friend John-Mark.  I purchased my hens from John-Mark and his wife.  Back in February, after moving to a new home,  they were getting a new flock started.  They knew I was interested in starting a micro-flock so they offered me some of their babies.  I took six and John-Mark gave the other extras to his niece.

He identified himself on the phone and then said,  "Lisa," (short dramatic pause)  "...I got an egg today."

I wanted ALL the details..."Which one laid it?  What color?  How big?"

That was last night.  I have checked the coop numerous times today hoping for an egg of my own.  I think I have injured my shoulder from lifting the coop roof over and over.  A friend gently suggested my hens might be experiencing "performance anxiety."

And then, this afternoon, I got a photo text.  John-Mark's niece has an egg too!  A lovely light brown egg.

Serious egg envy has set in. 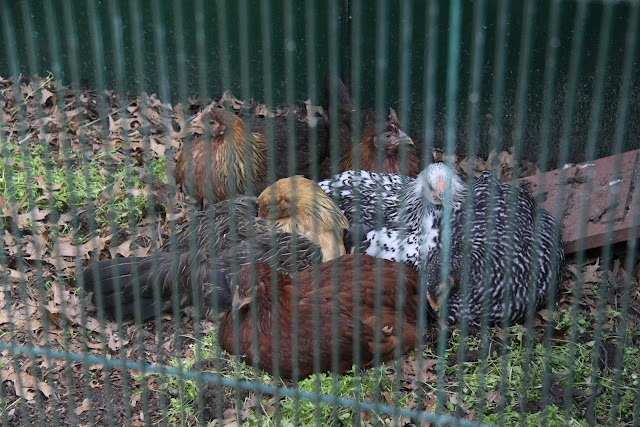 Truth be told, I am having so much fun with these chickens I had almost FORGOTTEN about them actually laying eggs...but if the rest of the flock is producing, well, I want an egg too. So I am sitting.  And waiting. 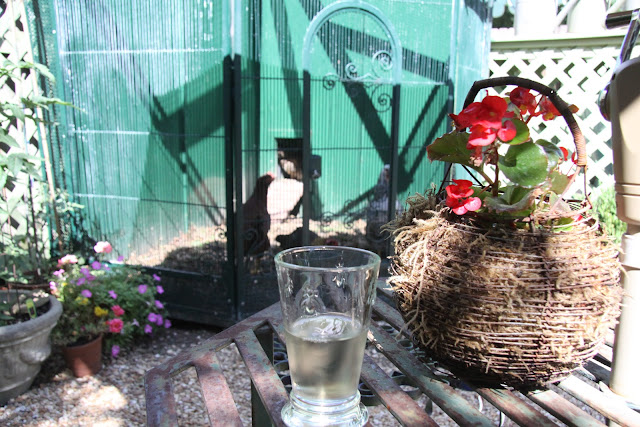 He mumbled something that sounded an awful lot like, "A watched chicken never lays an egg"  and wandered off.

He's probably right but I really, really don't want to miss it.